Project on Reinventing America’s Schools, at the Progressive Policy Institute.

A Book in Progress 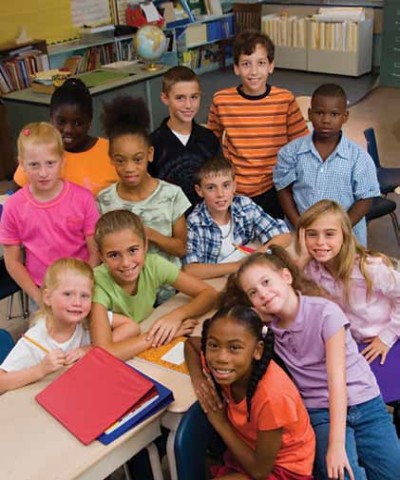 If we were creating public education systems from scratch, would we give teachers lifetime jobs after their second or third year? Would we give school districts a virtual monopoly on public education within their boundaries? Would we let schools survive if, decade after decade, the majority of their students dropped out? Would we send children to school for only 8.5 months a year and six hours a day? Would we teach them the same way their parents were taught, before the advent of personal computers and the Internet?

No one would answer yes to such questions. Education reformers have long wished they could simply wipe the slate clean and start over. In 2005, thanks to the third deadliest hurricane in U.S. history, one city got that opportunity.

After Katrina, Louisiana took over all but 17 of New Orleans’ public schools. The state’s Recovery School District (RSD), created to turn around failing schools, gradually transformed all of its New Orleans schools into charter schools. Today, 95 percent of the city’s public school students attend charters.

The results are shaking the very foundations of American education. Test scores, school performance scores, graduation and dropout rates, ACT scores, college-going rates, and independent studies all tell the same story: the city’s RSD schools have tripled their effectiveness in eight years. The district has improved faster than any other in the state—and no doubt the nation as well. If current trends continue, New Orleans will soon become the first major city to outperform its state on standardized tests.

Leaders elsewhere are paying close attention. Several other states have created recovery school districts, similar to Louisiana’s. In Washington, D.C., where Congress legislated a Public Charter School Board into existence in 1996, 45 percent of public school students now attend charters. In Denver almost 40 percent attend either charters or “innovation schools”—district schools with charter-like autonomy. Cleveland’s Democratic mayor and Ohio’s Republican Governor have pushed legislation through that allows Cleveland to move in this direction. In Memphis both the local district and Tennessee’s version of a recovery school district are turning failing schools into charters. Overall, 32 cities have more than 20 percent of their students in charters, led by Detroit at 51 percent and Washington, D.C., at 45 percent.

What matters is not whether schools are charter schools or district schools, but by what rules they are governed. Do they have the autonomy they need to hire the best teachers and fire the worst? Do they experience competition that will drive them to continuously improve? Does the district give families a choice of different kinds of schools, designed to educate different kinds of learners? Do schools experience enough accountability—including the threat of closure if they fail—to create a sense of urgency among their employees? And when they close, are they replaced by better schools?

If the answer to these questions is yes, the system will be self-renewing: its schools will constantly improve and evolve. In place of the unified, monopolistic school districts that emerged in the 20th century, in which districts owned and operated all schools, districts will manage diverse portfolios of schools, many operated by others.

More than any other single reform, this will break the political stranglehold interest groups have over elected school boards. Most school board members want to do what’s best for the children, but too often that creates problems for the adults in the system, who all vote. And when the children’s interests collide with the adults’, the children usually lose. This is why elected school boards find it so hard to close failing schools. Threatened by the idea that they could lose their jobs, most employees protest. On election day, they and their relatives all vote against the board members—or mayor—who supported closure. (Mayoral elections in New York City in 2013 and Washington D.C. in 2010 provide good examples.)

But if school boards contracted with independent organizations to operate schools, the battle of self-interest would be quite different. School operators would still push for their own interests, but they would no longer act as a unified block. For every school that opposed a particular change, another school might support it. Every time a school was closed for poor performance, other operators would line up to take its place. Hence boards and superintendents and mayors would be freer to do what was best for the children. Their principals and teachers would have no choice but to do whatever was necessary to improve student learning. Otherwise, their school might close. For the first time, virtually every adult’s most urgent priority would be student achievement.

Because both parents and teachers could choose among many different kinds of schools, they would also be less likely to insist on the “one best way”—whether phonics or whole language, new math or old math. Boards could create a more diverse set of schools, to meet the needs of an increasingly diverse body of students. The regimentation of pedagogy—which is profoundly unfair to children who don’t learn in the “one best way”—would finally end.

Boards would also find it easier to create new schools when new needs emerged. Traditional districts have been slow to create schools that use information technology in a meaningful way, for instance, because it requires a different configuration of personnel—something teachers and their unions find threatening. In New Orleans, however, technology-intensive schools are springing up quickly, because school leaders feel an urgency to improve student achievement and are free to change their mix of personnel.

Equally important, a 21st century system would give boards far more control over quality, because they could choose between competing operators, negotiate specific performance standards, and shut down failing schools. Try that in a traditional school system!

These changes would unleash a flood of innovation, while still preserving equal opportunity for all. They would not create a “free market” in education, as vouchers would, but a “social market”—combining the accountability and creativity of market systems with the social goals of democracy.

This reform would finally leave the Industrial Era model, with its insistence on one organization, one best way to run a school, and one correct curriculum, in the dustbin of history. In its place we would create an ever-changing network of schools designed for the Information Age, with many providers, many different teaching methods, and many choices for empowered students and parents.

It is already happening in New Orleans, and the model is emerging in dozens of other cities as well. Indeed, more than 30 large districts belong to a network of “portfolio districts,” which share what they have learned about what works and what doesn’t.

Unfortunately, few Americans are aware of this emerging phenomenon. Today’s editors and columnists and talk show hosts know all about charter schools, but few have ever conceived of a district composed almost entirely of charter schools. They’ve never imagined that chartering might simply be a better way to organize public education in the 21st century. Reinventing America’s Schools is intended to change that, to bring this concept into the national debate, just as Reinventing Government introduced a new approach to public governance in 1992.